The new Tonerider alnico IV classic pickup arrived at the end of last week. They were described as “Black White Zebra” so I was hoping the light coil would be white, but it ended up being the usual cream colour which was a bit annoying. I could have sent it back, but I was far too excited.

The plan was to try just the bridge PU and see how it goes before buying the neck.  In some ways it seems crazy to replace the Wilkinsons with Toneriders as they RRP at £50 to the Toneriders £35.
I stuck them in over the weekend:
All the tools in place: 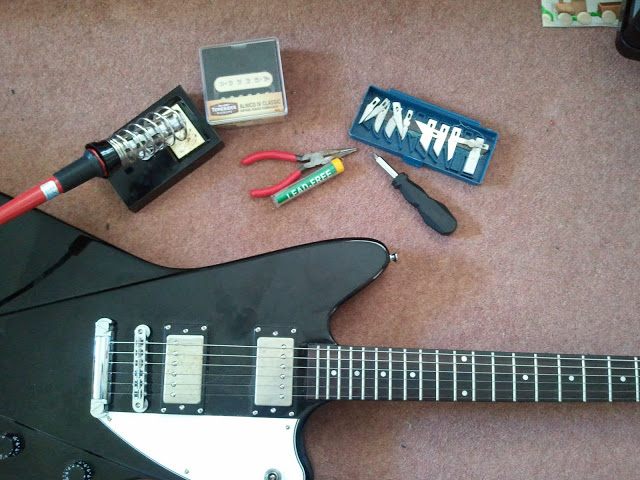 The control cavity turned out to be a bit busier than I was expecting. 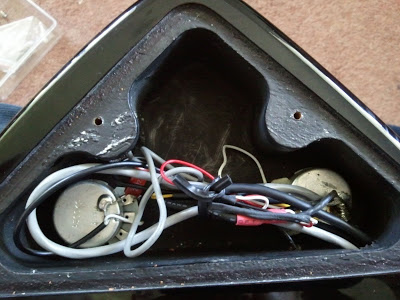 I was initially a bit puzzled how it worked but then worked out that the pickup cables were spliced onto a grey cable that headed off to the pickup switch on the scratchplate. The volume pot was another solder Malteser so I decided as I was doing one wire as a splice I would do them both that way. 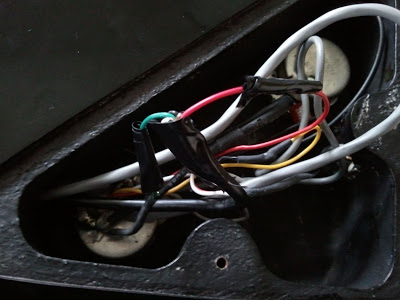 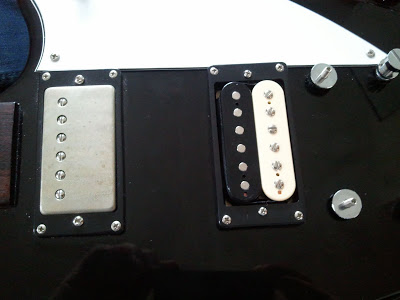 I put the old strings back on as I figured I would be taking them off soon to change the neck one. First impressions are very good. The Tonerider sounds very different to the Wilkinson. Loads brighter which was one of the things I was really looking for as the current one is a little too dark for strumming. The broad tonal difference means they don’t blend all that well so another pickup was required in short order. I decided on an Iron Gear Alchemist humbucker sized P90. The only reason for using this over the Tonerider Rebel 90 was that the Rebel was out of stock at the time.
It shipped today so I’ll post some comparison clips when everything is installed. Including the Axetec strings which cost a staggering £2.60 a set!